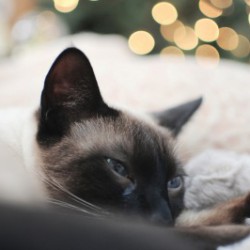 Frankie, a 6 year old Siamese cat had begun urinating on the owner’s bed as well as spraying urine on their belongings, including their new TV! They had recently moved house and introduced a new kitten into the family. Frankie was finding the whole situation very stressful.

After some changes to the environment, the introduction of pheromones and a gradual positive re-introduction of the two cats, the situation resolved. The owners were absolutely amazed how much more confident and affectionate Frankie had become and were delighted with her progress.

"I simply cannot thank Julie enough. Frankie has always been our baby and getting mad at her was making us all upset. We were on the verge of having to give up her new friend before Julie's advice saved the day! It was amazing how many behavioural signs we had been overlooking and the steps to improve the situation were much less challenging than I had envisaged. Julie really is a lifesaver!" 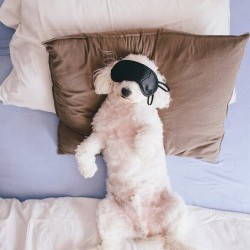 Coco, a 2 year old poodle-cross was suffering from separation distress. She lives in an apartment with her owner, who had started receiving complaints from the neighbor about Coco’s constant barking when she was left alone.  We set up a camera to capture her day alone in the apartment and it was so upsetting to watch Coco constantly pace, pant and bark. She was not getting any rest until her owner reappeared in the evening.

Coco had never learned it was OK to be left alone. An initial low-dosage medication was prescribed to reduce her anxiety whilst environmental changes were made.  Gradually she was reintroduced to being left alone to teach her it was not scary to be in the apartment without her owner. We continued on with an altered day to day routine and after six-months her medications were stopped. Coco continues to be a much happier little dog.

"I had felt horrible every morning leaving Coco alone when I went to work. She would run to the door under my feet and cry as I left! At first, on seeing the video of her pacing all day long I was so upset and thought the only option was to put her up for adoption given I couldn't change my working routine.

But Julie was such a star, explaining the reasons for the problem and working with us to quickly make a real difference. Coco's barking when alone almost entirely stopped and, despite my initial reservations, the medication clearly made her so much less distressed. Now she is medication and problem-free and I couldn't be happier." 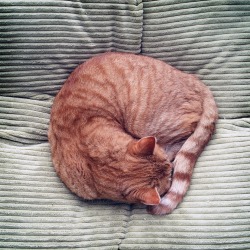 Henry, an 18 month old domestic shorthair cat had begun attacking his owners, including biting them when they slept in their apartment. His owners had tried lots of things to stop it, including spraying him with water and tapping his nose with a newspaper, but if anything this had made the situation worse.  Henry was their baby and they were devastated as they had started to become scared of him.

Henry had been adopted as a very young kitten and play had always involved fighting type games. As a result, Henry had never learned an appropriate way to interact with people. All punishment responses were stopped and changes were made to his environment, including creating places to climb and explore as well as lots of interactive toys. Pheromones were also introduced.

"Having been initially reluctant to seek help, we can honestly say reaching out to Julie was one of the best decisions we have ever made. Henry is a changed cat (for the better!). We had never realised our well-intended punishment actions could have been mis-interpreted by him and Julie's reward-based re-training programme was so much more positive to follow. He's still boisterous, but we now enjoy being in Henry's company again. Thank you so much." 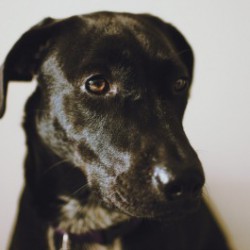 Holly, a 2 year old labrador had always been anxious during thunderstorms, but recently the phobia had been getting more and more problematic, with Holly escaping the backyard and almost getting hit by a car.  The owners had received advice from various people but had inadvertently made Holly even more anxious, so much so that her fear had started to transfer to other noises such as the vacuum cleaner, ironing board and general loud noises.

Holly’s anxiety was stopping her from being receptive to learning new behaviours. She was temporarily prescribed some low-strength medication to calm her.  Changes were made to her environment and daily routine and we worked with Holly to teach her that loud noises were nothing to be scared of.

Holly no longer needs daily medication. She is much happier day to day and is no longer terrified of the loud noises she hears!

"When Holly ran from the yard, we knew something had to be done. We tried bringing her inside all the time but even day-to-day sounds were making her jumpy. Julie was recommended to us by our Vet and she really has worked wonders, educating us about our interactions with Holly as much as anything. Julie gave us clear, manageable steps to follow and the results have been fantastic. We recommend her to everyone now, thank you so much!"